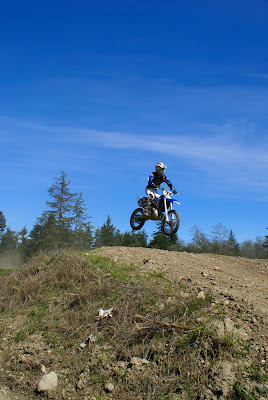 Around October, Jason and I talked again about his wish to have a dirt bike. He had been wanting one since we moved up to Seattle because he couldn't surf anymore and he rode a lot when he was younger. I was hesitant at first, partly because his back issues started when he was riding, partly because it is somewhat expensive, and partly because I'm afraid he will break himself if he falls wrong on a jump. But I finally gave in because I knew he needed something that he enjoyed and would help relieve stress. He'd already been looking for a bike on Craigslist for about 2 years, so when he got the ok, it didn't take long before he'd found one. It was a great deal on a relatively new bike plus some gear.
Since then, Jason has been able to do a lot of riding, and is excited that he is improving each time. He is even talking about doing some races this summer. Yikes! He found a favorite spot to ride up at Oak Harbor. Twice Taylor and I have gone along to watch and take picts. It is a bit of a drive, but fun to watch Jason making jumps and taking turns on his bike. He has now become so close with the owner, that he is going to help set up a website for the track, which will allow him to ride there free whenever he wants. Sweet! 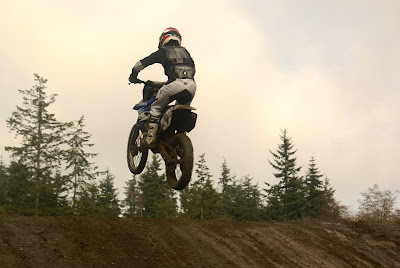 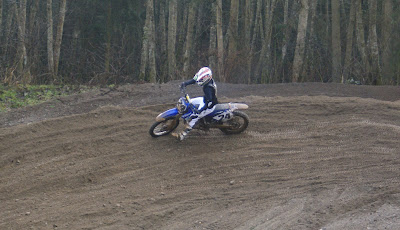 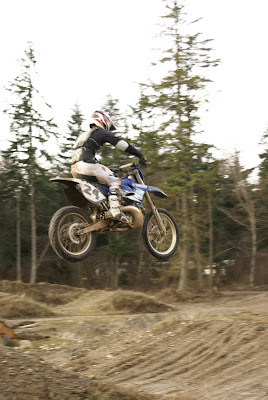 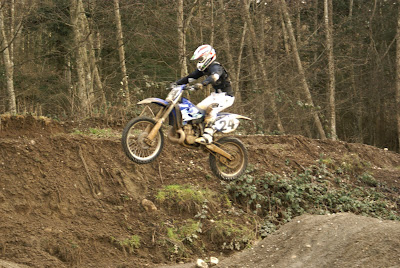 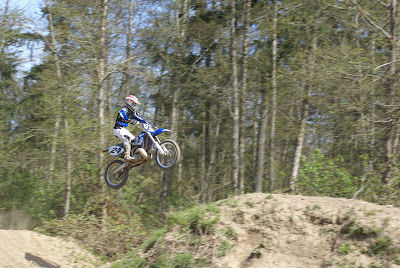 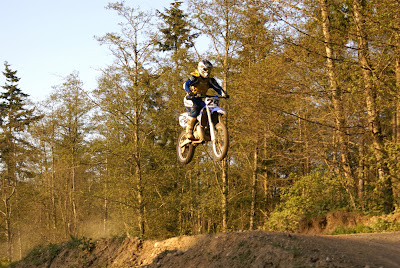 It is fun to see him so enthusiastic about it, and now Taylor is getting into it too. He likes to sit on Jason's dirt bike and "drive", and every time we pull into the garage, he makes his dirt bike sound (sounds more like a mad bear to me). I bought him a little toy dirt bike and rider for his Easter basket, which he quickly attached to and drives it all over the furniture, making it do jumps and flips. So cute. I know it won't be cute when he is actually riding one, which I think is inevitable at this point. When that time comes I'm going to have him so padded up that he'll look like the kid in A Christmas Story. 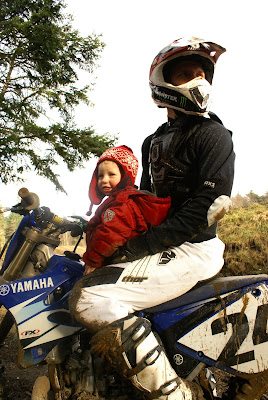 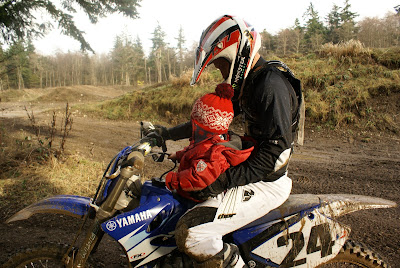 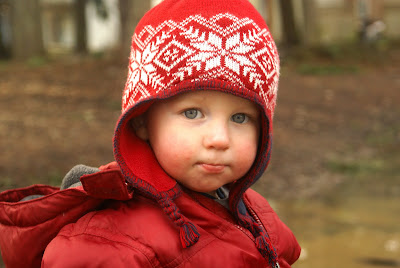 It has been nice that Jason has met some other riders at the track as well, so now he has friends to go with. He keeps trying to get me to want to ride, but I'm not sure that day will ever come. So I'll just continue to stay on the side lines, taking pictures and cheering him on. 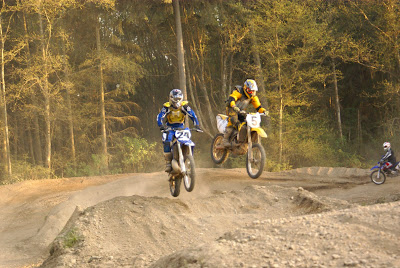 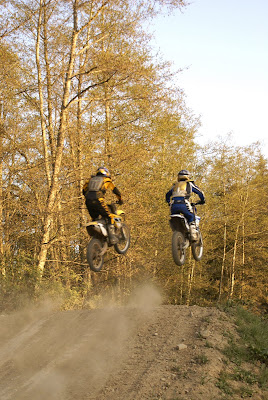